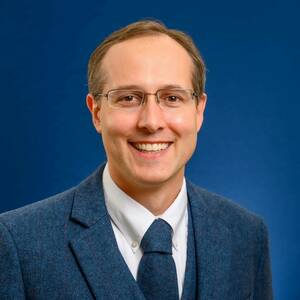 Ryan is an experienced entrepreneur with over 10 years in the software, business, psychology and non-profit spaces. He has 15 years experience as a software developer, bringing both technical and business skill to his work. Ryan has been involved as founder of a half dozen startups. His stand-out success is co-founding OneParish, a donation and engagement platform for Catholic parishes, that he sold in 2017 to the J.S. Paluch Company, the largest Catholic services company in the US.

In addition to entrepreneurship and technology, Ryan has a passion for teaching. He won several awards for teaching during his graduate work in Cognitive Psychology at Notre Dame, was an Adjunct Professor at Holy Cross College, and has mentored dozens of undergraduates through the OneParish internship program. Not only does he look forward to teaching future students, he also enjoys learning new skills as technology evolves.

Ryan's passion and creativity have garnered several awards and grants, including the Elevate Ventures High Performance Startup Grant, several SUSBE startup grants, a semi-finalist position in the McCloskey Business Plan Competition, and the Michiana 40 Under 40 Class of 2016. He also has two firsts in the Catholic world: the first app to receive official Church approval via Imprimatur, and the first app personally launched by Pope Francis.

Ryan’s touchstone for work is a simple mantra, passed down from father to son for generations:
“People don’t care how much you know until they know how much you care."