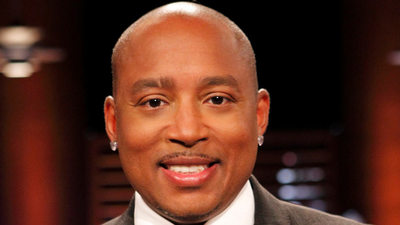 Entrepreneur Daymond John, one of the “sharks” on the ABC television program “Shark Tank,” will deliver a keynote presentation April 26 (Thursday) as a part of the inaugural Idea Week, and serve the next day as a final-round judge in the University of Notre Dame’s McCloskey New Venture Competition.

A collaborate initiative by Notre Dame, South Bend, Elkhart and various community organizations, Idea Week will celebrate innovation and entrepreneurship in the region from April 21 to 28. John’s talk will take place in the Jordan Auditorium at the Mendoza College of Business at 8 p.m.

John is best known as the “People’s Shark” on ABC’s three-time Emmy Award-winning series, “Shark Tank.” He started his entrepreneurial career in the 1990s when he launched the global hip-hop clothing line FUBU. He comes to the University of Notre Dame to share his story and to participate in selecting winners in the McCloskey New Venture Competition. In his keynote, John will share his own rags-to-riches tale and self-made success fundamentals to help others set and achieve goals. Idea Week events, including John’s address, are open to the public.

Idea Week is an innovation festival featuring business, technology and entertainment events. It will provide entrepreneurs, students and community members in the South Bend-Elkhart region with the practical knowledge, creative inspiration and social foundation they need to innovate within their own careers, studies and communities. John adds to a growing list of speakers and entertainment acts for Idea Week, including Zappos CEO Tony Hsieh, Nest thermostat co-inventor Matt Rogers, the Grammy Award-winning duo the Chainsmokers and comedian Gabriel “Fluffy” Iglesias.

“We are thrilled to welcome Daymond John as a speaker at Idea Week and as a final-round judge for the McCloskey New Venture Competition. His experience as a serial entrepreneur and ‘Shark Tank’ investor is sure to lend an incredible element of excitement to the McCloskey event,” said Karen Slaggert, director of the McCloskey competition.

In the years since creating FUBU, John has continued to build upon his success and has been recognized at the highest levels for his commitment to small business. He was named a presidential ambassador for global entrepreneurship under the Obama administration and has been awarded the NAACP Entrepreneurs of the Year Award, the Congressional Achievement Award for Entrepreneurship and more.

An accomplished author who continues to battle dyslexia, John released in January his fourth book, “Rise and Grind,” which became his second New York Times best-seller. John remains committed to the art of branding and marketing and still oversees the day-to-day operation of his firm, the Shark Group.

More information about Idea Week is available at www.idea-week.com. Organizations wishing to be a part of Idea Week should contact Nick Swisher, director of marketing and communications at the Notre Dame Idea Center, at 574-631-2984 or nswisher@nd.edu.

Now in its 18th year, the McCloskey New Venture Competition has helped Notre Dame-affiliated entrepreneurs (students, alumni, faculty and staff) prepare proposals and transitional business plans for their new, growing companies. In the semifinals and finals, these aspiring entrepreneurs pitch their up-and-coming products, services and technologies to a panel of successful business people in hopes of obtaining funding.

Originally published by Notre Dame News at news.nd.edu on March 01, 2018.