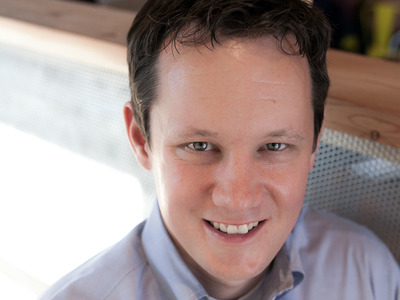 Rob McColgan graduated from Notre Dame in 2002 with degrees in Finance and Film.  He then went on to spend six years working as an equities trader and wealth advisor in New York.

In 2008 McColgan left Wall Street to co-found a restaurant company with a friend who shared his passion for health and wellness and who also “couldn’t find a restaurant that we wanted to eat at every day.” They moved to Colorado and began raising funds, something McColgan describes as “the hardest thing we ever did.”

Then, in 2009, McColgan and his co-founder submitted their business plan for Modmarket into the McCloskey Competition and were thrilled to win and finally deposit some funds into their new company’s bank account.

After winning, the team moved quickly on to sourcing ingredients and supplies, organizing their distribution process, and putting operations in place for rolling out their product every day.  Having done the groundwork of creating the business plan for the Competition helped them immensely during this time, says McColgan.

Modmarket (or Modern Market Eatery) is now Modern Restaurant Concepts and has grown from its first location in Boulder to over 20 Modern Markets around the U.S., including a location in the Duncan Student Center at the University of Notre Dame. The company’s expanded current offering includes online ordering and delivery, catering and group orders, and grocery boxes, bulk and pantry goods.

McColgan concludes that personally, “the guidance, support, and mentorship we received while competing in the Competition holds a very special place in my heart.”