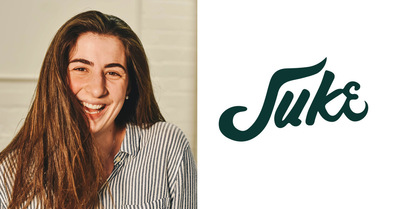 [Editor’s note: This is the second article in a series. The first is here.]

The IDEA Center’s Student Entrepreneurship programming helps students gain better experiences early, enabling them to practice marketable skills while still in school. This kind of “practical programming” equips students with real-world experiences that they can take from their time at Notre Dame and apply wherever they go next.

Olivia Anderson ‘21 is a key member of the founding team for Juke, whose mission is to “enrich the live music experience for the artist, the audience, and the venue by providing an intuitive and accessible channel of communication that allows for tailored performances.”

Anderson will graduate from Notre Dame with a degree in Design and Visual Communication and viewed herself as being a “complete newcomer to the world of entrepreneurship and startups,” before being accepted into the IDEA Center’s Race to Revenue ‘20 summer accelerator.

It was founder Griffin Eaton’s simple “elevator pitch” that got her involved with the company in the first place, says Anderson. And it was how they got other eventual team members involved along the way. “The problem he was working on is something that both musicians and audiences were familiar with, but the solution seemed complicated or inadequate. Everyone was craving a simple, streamlined solution.” Once Eaton caught on to this, says Anderson, “it was a simple pitch that was going to reach people.”

The 10-week Race to Revenue program ended with a Demo Day, when the participants were given the opportunity to pitch for funding. Anderson was awarded first place for Juke in the <$20k category.

Since then, Juke has achieved traction by connecting with bands to act as advisors and has been used in 25 gigs—including a virtual St. Patrick’s Day concert with the O’Neill Sisters, live from their home in Dublin, Ireland. This April, Juke will be hosting Notre Dame’s IDEA Week concert, and the company has also secured a partnership with the Mishawaka Summer Concert Series.

Creating an effective pitch is “all about mapping out the story,” says Anderson. “You need a compelling narrative that will capture people. Our pitch deck helps us tell a story that reaches the people we present it to. It balances something relatable—a problem people easily connect to—with inspiration and emotion.”

You can view Anderson’s 5-minute Demo Day pitch here. For resources on creating a pitch, head to “How to Pitch your Startup.”