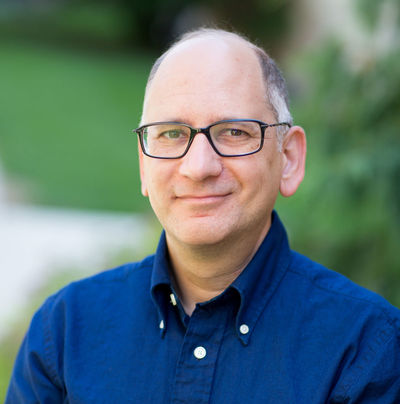 With every new innovation, with every new product launch, with each bottom line milestone achieved, the natural instinct among entrepreneurs is to cheer and cheer loudly. But what happens when seemingly brilliant technology delivers unintended consequences? Things like:

A social networking platform aimed at making the world more open and connected but which also, among other things, was used as tool to disseminate “fake news” in support of a government-sponsored ethnic cleansing campaign, resulting in 10,000-plus deaths and hundreds of thousands displaced.

The release of genetically modified insects aimed at reducing the transmission of human diseases but with uncertain consequences for the ecosystem.

These are just a few examples of technology presenting a double-edged and sometimes unpredictable sword. Small adjustments such as tighter controls around distribution, a change in an algorithm or different revenue model, could be all it would take to maximize the positive and responsibly mitigate the negative. And even for more fundamental issues, innovators can and should play a constructive role in managing the impacts of what they create.

That is the premise of University of Notre Dame professor Mark Bourgeois who secured a National Science Foundation grant to study how innovators can consider the social disruption of their industry-changing technologies. He has partnered with the Notre Dame IDEA Center to develop and implement best practices for integrating responsible innovation into the Center’s commercialization processes: processes that could become industry standards.

It’s a project that Bourgeois, as both a philosopher and a former engineer in industry, is passionate about. His diverse background—with roles in tech companies, experience teaching both engineering design and engineering ethics, and a Ph.D. in the philosophy of science—has lent him a unique perspective on innovation that led to the National Science Foundation award and his appointment to the Technology Ethics Center at the University of Notre Dame.

“There are profound dilemmas around innovation. Entrepreneurs and startups are encouraged to scale as fast as they can: move fast and break things. Now, we’d like them to move a little more deliberately and consider the possible social and economic impacts of their technologies and how to manage them,” Bourgeois says.

He admits it’s a big ask. “There’s a lot of discussion around how responsible innovation and reality don’t line up. But the reality is we can’t separate innovation and ethics any longer. The stakes are too high.”

Prior to submitting the grant to the National Science Foundation, Bourgeois approached the IDEA Center about partnering in the study. “We needed a place where people think about innovation on a daily basis. Bryan Ritchie (vice president and Cathy and John Martin Associate Provost for Innovation) embraced the opportunity and made the IDEA Center an active participant. It was more than I expected; it has really added to the program’s credibility and to what we can achieve,” he says.

The ultimate vision of Responsible Innovation is for entrepreneurs, startups and investors to look beyond revenue alone and also consider how technology contributes to humane ends. The three-year study will include three cohorts, one per year, of 12 doctoral students, post docs, and law students from the natural sciences, engineering, social sciences, and humanities. Each cohort will complete a full immersion in the IDEA Center’s commercialization process along with training in Responsible Innovation and technology ethics during the first half of the year. During the second half of the year, student teams will be paired with a faculty startup company to put what they’ve learned into practice. In so doing, these cohorts both test and spread Responsible Innovation ideas.

Kelley Rich, executive director of commercialization for the IDEA Center, says responsible innovation is especially important at Notre Dame, which makes Bourgeois’ project a natural fit. “Our mission is to be a force for good in the world. The University has been really effective at identifying technology that will have a great impact on society. But every breakthrough has its pros and cons. We must think about the potential negatives of a technology before it’s commercialized and incorporate mitigation strategies from the beginning.”

Another project goal is to break down silos between the many disciplines and bring more perspectives to technology innovation and commercialization. Says Bourgeois, “Academia encourages specialists, but if the broader impact of academics and academic research is to solve problems for society, we need to be able to work across disciplines and with the business world. That includes understanding other people’s values, how they think and the words they use.”

He adds, “It also means getting people comfortable talking about values—something that’s missing these days!”

Rich agrees on the importance of including discussions on social impact at a very early stage in a technology’s life. “It’s incumbent upon The IDEA Center to make responsible innovation part of our de-risking process and this type of social impact analysis an integral part of our due diligence. This is a win-win for the entrepreneurs participating in our Commercialization Engine process and for the students getting trained in a unique discipline with knowledge, skillsets, and way of thinking to do the real work of assessing social risks.”

The first cohort of students has completed their training in technology commercialization and is looking forward to actually working with inventions disclosed to the IDEA Center. Rich has recruited faculty techs in AI, big data/blockchain, autonomous vehicles, and genetic editing as the first participants in the student-led responsible innovation “de-risking.”

Says Bourgeois, “There is a real need in innovation for assessing all risks. Ultimately, our hope is to create a new class of researchers, academics, entrepreneurs, attorneys, and business leaders who look beyond the financial bottom line to society’s bottom line.”