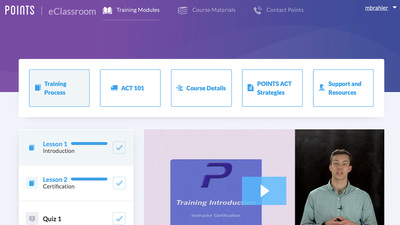 While helping high school students prepare for their ACT exams after school one day, Mark Brahier had a thought: What about the kids who can’t afford the test prep after school?

Brahier, then a freshman at the University of Notre Dame, realized the majority of classes devoted to ACT and SAT test preparation were after school and offered only by third-party providers. He wondered just how many more high school students could effectively prepare for these college standardized tests if they could take the prep courses during school hours.

This question led Brahier, with Harvard student Sean Wheelock, to co-found POINTS Test Prep in 2012 with the goal of providing high-quality curriculum to schools for use in in-house ACT and SAT test preparation courses.

While such traditional test prep courses mainly serve already high-performing students who aim to score even higher, POINTS Test Prep is committed to bringing out the potential in students of all abilities, including those below the 50th percentile, by building in abundant content review in addition to strategy and practice. 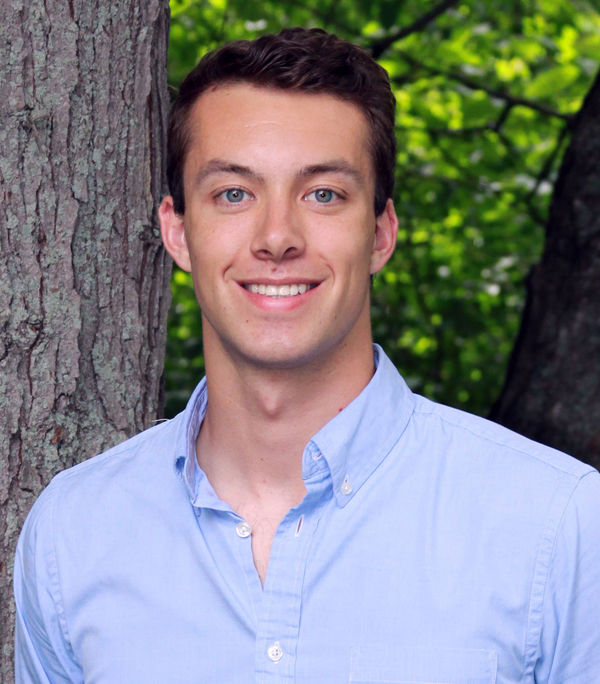 “The mission of POINTS Test Prep is to overcome barriers in standardized test preparation and provide affordable courses to students of all socioeconomic backgrounds,” said Brahier.

Brahier’s dedication and hard work, along with support from the Notre Dame community, have driven the rapid growth of his company. POINTS Test Prep forged its first partnership with a high school in 2013; now, it is collaborating with more than 20 schools across five states.

“Our goal is to combine the best in teacher instruction with the best in education software. We want to get our product into the hands of teachers who can motivate students,” said Brahier, whose data show that a teacher’s personal touch can make a difference in the classroom when using his test prep software.

Brahier operated POINTS Test Prep on a part-time basis while studying biology at Notre Dame. One of the biggest challenges student entrepreneurs like Brahier often face is how to divide time between coursework and business. Brahier had a particularly hard time in December of each year, when the best time to sell his curriculum conflicted with his final exams. “Throughout the process, you learn if your heart is really in it. You have to be willing to sacrifice things like your social life or extra-curricular activities for your idea to really take root,” he said.

While at Notre Dame, Brahier looked for available resources within the university to grow his business. A social entrepreneurship class he took in his sophomore year provided his first exposure to real-world business plans and inspired him to further develop POINTS Test Prep.

He was also a semifinalist in Notre Dame’s annual McCloskey Business Plan Competition, during which he advanced his skill sets such as building slide decks and presenting business plans. His involvement in McCloskey also led him to become a part of Notre Dame’s collaborative entrepreneurship community.

Whenever Brahier suffered setbacks, he turned to his Notre Dame mentors and friends for help, including Karen Slaggert, director of student entrepreneurship at the IDEA Center at Notre Dame, who gave him tremendous encouragement and support during his time at the university.

“Mark is an extraordinary person and an exceptional student. He is passionate, determined and extremely hard working. He truly has a servant’s heart and wants to do the right thing. It was a rewarding experience working with him,” said Slaggert.

In addition to fulfilling his own entrepreneurship dream, Brahier wishes more students could have the opportunities to give their ideas a try. In his junior year, he worked with Slaggert and devoted countless hours to a project called Napkin 2 Launch, which for the first time pulled together all the resources at Notre Dame devoted to student entrepreneurs.

Following Napkin 2 Launch, Notre Dame significantly strengthened its efforts to cultivate student entrepreneurship by establishing the IDEA Center. Standing for innovation, de-risking and enterprise acceleration, the IDEA Center is the fundamental resource for all commercialization and entrepreneurial activities on campus, including those of students.

At the IDEA Center, venture coaches are available for students who pitch business ideas. These coaches help students lay out appropriate action plans, teach them basic skills such as how to conduct interviews, validate that their ideas solve real problems in the marketplace and give them general guidance throughout the entire process. Students can also apply for funding worth up to $2,500 in each stage of their business’s development.

A record-breaking 40 students have already submitted their early-stage business ideas this year, and the IDEA Center aims to turn at least five of them into student startups, said Slaggert.

“When I graduated, I truly felt there was a community of entrepreneurship, a group of people who wanted to innovate and step outside of the status quo. And it goes beyond POINTS Test Prep. I truly believe my experiences as an entrepreneur will make me a more innovative, patient-centered physician in the future,” said Brahier.