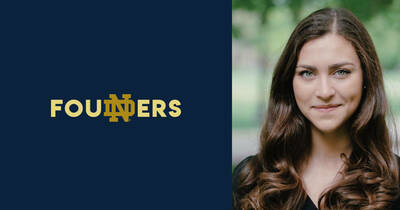 For as long as she can remember, Cristina Riojas has been curious about business. While in grade school in her home country of Guatemala, she had baking stands, making and selling cookies and cakes. Later, she began making and selling bracelets. However, her entrepreneurial journal really took off when her favorite tea shop, Teavana, was acquired by Starbucks.

“I was really sad that my tea shop was gone. So I started to research tea and taught myself how to make tea blends. I’d buy apples, strawberries and herbs, dehydrate them and make tea blends. If I went over on my budget, my parents gave me more money to experiment,” she recalls.

This was not just a high school girl’s hobby. To Riojas, this was a serious business. She named her company Teana—pronounced “Tina” like her name—and carefully planned her launch: at one of her mother’s parties.

“She had her friends over and served them my tea. They liked it and agreed it should be a business. Eventually, I began selling Teana tea blends to local coffee shops, friends and family,” she says. “I was responsible for everything: selling, order fulfillment, money, marketing, customer relationships. I was serious about it.”

Although Riojas had to put Teana on hiatus when she was accepted by the University of Notre Dame, she walked away with something invaluable: the knowledge that what she had gained could be applied to any future business. “I learned to think in broader terms. No one does the work for you. You are responsible for your success. If you’re risk averse, you won’t make it as an entrepreneur,” she says.

Leaving Guatemala for South Bend, Indiana, was less of a risk for Riojas. Her older brother had graduated from Notre Dame. And growing up in Latin America where community and family is prized, Riojas felt immediately at home in the warmth of the Notre Dame community. And yet, despite classes and new friends, there was one thing missing. She still had the urge to start and run another business.

“I learned to become comfortable with being uncomfortable at a young age,” Riojas smiles. “My father challenged me into competing in my first triathlon when I was 16.  I pursued the sport with passion and later competed in half marathons and marathons. This taught me patience, persistence, and the disciplines of training and showing up. My father gave me strength to carve my own path.”

Despite carrying a full load of classes at Notre Dame, Riojas began laying the foundation for a new tea company, setting aside the distractions of parties and game for her passion. Admittedly, the tea market is crowded so a new entry would have to be incredibly unique.

She didn’t have to look far for a pain point in the market. In late 2020, America was just beginning to come out of the global pandemic and social anxiety was rampant. “Four out of ten adults admitted experiencing social anxiety. The way people were coping was through alcohol consumption and binge eating—very unhealthy! I wanted to create a a product that was good for the body and mind, and help people detoxify from anxiety and these unhealthy behaviors,” she says.

As she has done in the past, Riojas dove into research, which led her to Japan’s centuries old tea culture, which has roots in Buddhism. “In Japan, tea is very sacred and is linked with meditation and mindfulness. I thought bringing people back to the present moment through tea would be a good way to differentiate.”

Riojas “ah-hah” moment was the realization she wasn’t selling a breakfast tea or a sleepy time herbal tea. No, what she was selling was a virtue. Eventually, she and her team would settle on three: Joy, Grit and Growth.

Ideas are one thing, executing is another. While Riojas focused on product-market fit, she also explored the operations side of her new tea adventure. She quickly learned just how complex it would be to import the teas she needed for the new product line.

In early 2021, Riojas reconnected with a friend  who was working with Instagram (now meta) commerce in New York City and also had an interest in starting a team company. The friend had met another woman at a dog park who mentioned she had experience in fulfillment and corporate gifting. Sensing synergy, Riojas suggested the three meet in person.

“I got on a plane the next day and flew to New York City. I think they might have been a little skeptical of starting a business with a college student but after talking, we realized we clicked,” Riojas says. “The stars aligned. I’d had this idea for so long and finally found two amazing talented and smart people with the same passion and different skill sets. We decided to do it together.”

The trio collaborated for the next six months on tea blends, branding and positioning, packaging, the website and ,of course, legal and operations. In all, they created and considered over 100 different tea blends. The resulting company, Sila, which launched in September 2021, is beautifully positioned as a premium self-care product that encourages its community to engage in moments of connection with themselves as they enjoy one of three boxed sets of handcrafted tea blends with 10 teabags and 10 messages of intention:

“We are selling exclusively on our website and on our Instagram shop,” Riojas says. “We are focused on what our customers want, engaging with them and perfecting the product. Our boxes are great for gifting and to show someone you are grateful. And of course you can order for yourself.”

Up until now, Riojas and her co-founders have bootstrapped Sila, investing their own money and effort. Only recently did she reach out to the IDEA Center and is now in the pre-accelerator program for the McCloskey New Venture Competition. Riojas hopes to compete in 2023, the same year she graduates from Notre Dame and hopefully, goes full-time with Sila.

In the meantime, she’s focused on leading marketing, product development and social media strategy. She also manages branding and content creation. Ultimately, Riojas and her co-founders want to compete in the corporate gifting category. Says Riojas, “The number one corporate gift is chocolate. We think the mindfulness of our product along with the uniqueness of our tea blends fit the moment and intent of givers.”

The biggest lesson learned to date it to pay close attention to every detail of the company no matter how small. “I gifted a Joy Box to a very influential person. In commenting on the tea, he pointed out a typo on the package. We were missing a u in cucumber! He was gracious but I was a bit embarrassed but realized making mistakes is part of trying and something we could learn from,” she says.

The biggest win has been seeing her dream, the now shared dream with her co-founders, come to life. For this lifelong entrepreneur, that is extremely satisfying.

Riojas offers this advice to others who want to start a company. “When you start a business, you envision a huge enterprise, riches and fame, but you likely don’t know how to get there. Take it one step at a time. Put in your heart, your time and passion. Go all in and things will happen.”