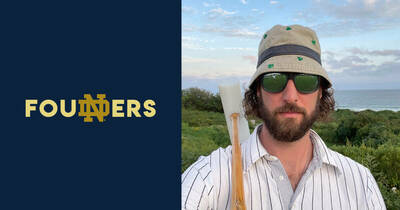 Brent Stiefel never really imagined himself in the music industry, or the film industry for that matter. No, his career was deeply rooted in his family’s business, a dermatology products company founded in what later became Germany in 1847. However, when Stiefel helped orchestrate the sale of Stiefel Laboratories to GlaxoSmithKline for $2.9 billion in 2009, the six-generation run came to an end. And Stiefel had the means and the chops to reinvent himself.

That reinvention led to him from Coral Gables, Florida, the former headquarters of Stiefel Labs, back to Seattle, Washington, where Stiefel is now founder and CEO of Votiv, a media and entertainment group, as well as other companies. While he admits to being a “creative at heart,” Stiefel considers running businesses to be his sweet spot.

Back in high school, Stiefel had two loves, baseball and playing electric guitar in a hobby band specializing in loud, aggressive rock and roll that he now characterizes as “crappy.” He persisted in both endeavors and during his senior year, the University of Notre Dame recruited him to walk-on as a pitcher. Stiefel gladly agreed to participate in the fall tryout of his freshman year.”

“I played terrible,” he recalls. “I also had mono and that didn’t help at all.”

During his years at Notre Dame, Stiefel’s guitar fell mostly by the wayside, though he did DJ for the university radio station and worked for an event production company in New York City during a summer break. He was also an ad designer for Notre Dame’s campus The Observer.  Stiefel says the biggest lessons learned at Notre Dame was how to be an adult and making his own money. The best takeaway from South Bend? His met his wife of 19 years, Courtney.

After graduation, Stiefel went to work for the family business and began playing in hobby bands again. But, a few years later and unsure what he wanted to do with his life, he moved to Seattle and earned a Master of Business Administration (MBA) from the University of Washington.

The move to Seattle was more than academic. Seattle is the ultimate music city. The hometown of Jimi Hendrix. The home base of bands past and present such as Nirvana (a Stiefel favorite), Alice in Chains, the Soundgarden, and Pearl Jam. Thus it was here that a new vibe was ignited in Stiefel when he began working at a local record label called Sub Pop Records.

In June 2006, with his MBA in hand, Stiefel returned to Florida and took another position with Stiefel Labs. “I had worked in sales and business development prior to graduate school and then moved to operations and mergers and acquisitions. I was fortunate to work at a high level at a very young age. I didn’t love the pharmaceutical industry, but it gave me the opportunity to finetune my business chops.”

Stiefel’s last role with the family business was his most important, working closely with family members and advisors to sell the business to global pharmaceutical company GlaxoSmithKline. It was the end of era, and as Stiefel humbly says, “Selling the company was a nice liquidity event.”

That liquidity event allowed Stiefel and his family to return to Seattle and start his own businesses. The one he calls “my baby” is Votiv, a media and entertainment group founded in 2010 that is dedicated to advancing the world’s brightest talent through artist management, film development/production, music publishing/distribution, and venture capital.

Stiefel explains the rationale behind the company. “I wanted to start my own music business. I knew the record label business so that was the launch pad. This was not a money grab; I wanted to help the artists. With iTunes and streaming, there was a huge disruption in the music industry.  I saw an opportunity to work with artists to help them as revenue models were changing. Traditional contracts weren’t necessarily allowing artists to succeed.”

With his art plus commerce business model, Stiefel established Votiv as a boutique label focused on working at the very early stages of artists’ careers. The goal was to elevate artists—their music, their brands, their psyches—and that requires a lot of work. “Votiv’s approach is very hands on. We have teams of multiple people working with the same artists and giving them lots of attention.” Votiv’s roster of artists currently numbers 15 or so and ranges from rock to pop and is growing nicely.

In 2011, Votiv moved into the film industry. “We started with independent films with great storytelling and low budgets that would show at Sundance and SXSW. We had some festival winners, and I loved it. I learned how to be a producer, but I also learned that to be successful, you have to do bigger budget feature films,” Stiefel says.

Votiv began moving to bigger budget projects for television and theater release, developing scripts with great storytelling. The company was now a full-fledged entertainment company. Life was good. And then the global pandemic disrupted the music and film industries.

“The pandemic has definitely been a huge challenge,” Stiefel says. “COVID-19 shutdowns have hit young musical artists particularly hard. They couldn’t tour and their back-up jobs, usually in the service industry, dried up. Most of Votiv’s artists aren’t big enough to benefit much from streaming so their musical careers have been largely on hold. I also had to lay off half my team as there were no concerts, tours or bookings.”

Eighteen months later, the music industry is beginning to come back, but with flare ups like the Delta variant, life remains unpredictable. Stiefel is hopeful the industry will return to normal in 2022.

The film business has also taken a hit due to COVID-19. During the earliest days of the pandemic in spring 2020, many projects were placed on hold. When production resumed, costs were higher. To his credit, Stiefel had carved out a “pandemic proof” niche in story development, investing in intellectual property that can be molded into scripts.

“The weird thing about the film industry is companies will spend multi-million on production but not on writers and script development. It’s very time consuming and you often need guild writers. I saw an opportunity to develop products, and now have a large slate of projects in development,” he says. One of those projects involves Lulu Wang, a producer and director known for The Farewell (2019), Touch (2015) and Posthumous (2014).

Stiefel admits that the film and music industries are extremely challenging regardless. “It’s very difficult to know what consumers want to consume,” he says. “You have to find artists and film projects that fit in today’s zeitgeist. There’s so much  noise, so much content. What further complicates matters is the next big artist or star may come out of a TikTok video.”

Competing with major labels and studios is also hard. “They have war chests of money. Even garbage can be incredibly popular when there’s a lot of money behind it.”

The pandemic has been kinder to another of his ventures. A few years after Stiefel founded Votiv, he also co-founded another company, Distiller. Like Votiv, Distiller was born of a personal passion. “I was at a bar with a friend and colleague, trying whiskeys. We were talking about all of the resources out there for wine and beer and how there was nothing for whiskey. You end up buying an expensive bottle of bourbon and then it’s terrible. We started talking seriously about creating a tool to guide us toward new things to try, but the tool didn't exist, so we decided to build it ourselves. We launched Distiller in 2014 to help people find liquors based on their flavor preferences,” he explains.

“We now have hundreds of thousands of monthly users. Another perk – distilleries are always sending us liquor to review. We have quite a library,” he laughs. Current personal favorites are Michters bourbon and Parker’s Heritage Promise of Hope, also a bourbon.

Looking back over his career, Stiefel points to a number of special wins. At the top of his list is having a key role in negotiating the sale of the family business, Stiefel Laboratories. “That was a spectacular deal, a grand slam of a deal. I worked my backside off with my family and others, and it worked out well for all.”

Following close behind are experiences in the entertainment industry. In 2016, a film developed by Stiefel, As You Are, won the Special Jury Award at the Sundance Film Festival, which cemented his desire to work in film. On the music side of the business, Stiefel is grateful for being “lucky to work with musicians who have done pretty well,” namely, a folk rock band called the Lumineers.

“They weren’t part of Votiv’s client roster. They were managed by another company I had co-founded. As a result, I saw what it was like to catch lightening in a bottle.” The gold and platinum records on the wall of his office are treasures and constant reminders of what can be achieved in the music industry.

Stiefel offers this advice to those who want to start a company: be ready to wear all the hat. “Starting your own business can be incredibly fun and rewarding.  But it’s very challenging as you typically take on all roles of the company at the start and sometimes maintain these roles for years to come. The fun work often gets overshadowed by executive duties and any drama that arrives within or around the business. I always prefer the fun work but there’s not always the time to focus on it.”