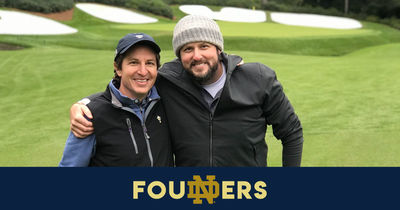 “We did many things wrong, namely, we went into business with friends and family,” he says. “But it worked. We held each other accountable and pushed through the difficult times that all companies face.”

Browning cut his teeth in the wireless industry.  After graduating college in 1998, he took a job with Brightpoint, a wireless supply chain logistics provider now part of Ingram Micro. They sent him to Mexico City and for the next 20 months, Browning lived the wireless business. When he returned to his hometown of Indianapolis, his brother Michael II, who also worked with Brightpoint, suggested they start a company.

“For the next year, we wrote business plans, a lot of them terrible, and kept coming back to what we knew. So in 2001, we rented a retail space and launched Bluefish Wireless, activating cell phones for consumers. It turned out to be a poor business model; we barely made rent. It also didn’t help that we launched in the middle of the 9/11 financial crisis.”

Market awareness is critical for any entrepreneur and when things go south, hard decisions must be made. Seeing dismal long-term prospects in the consumer space, Browning and his partners decided to pivot to the commercial wireless industry. They shuttered their retail space and began pursuing large corporate clients that were beginning the transition from landlines to wireless-empowered workforces.

“Our advantage was our focus on deploying devices at the enterprise level and willingness to customize our services. Intel, Ford Motor Company, and United Airlines are in business to manage silicone chips, cars and flights, not wireless devices, so we did it for them. Soon we were activating 20,000 devices at one time and making the process seamless for our customers. All of this was done with customer-specific activation and deployment portals,” Browning explains.

Bluefish’s commercial business model was based on activation fees paid by wireless carriers. The partners saw that gravy train—at the time, $150 per device—coming to an end. In 2008, they decided on a seismic shift, pivoting to a software as a service (SaaS) model supporting customers directly, charging a small, per line fixed cost for managing their wireless services for all mobile devices: phones and tablets and eventually Machine-to-Machine (M2M) smart technology such as video cameras and drones.

The pivot included launching a new entity, MOBI Wireless Management, funded by operating Bluefish Wireless concurrently, knowing that business had a shelf life. It also required a significant internal shift from service provider to a software company. The company brought in a fifth partner, a true coder, to help scale the business as a true SaaS provider.

“Our mantra was that every person we hired had to be smarter than us in some capacity. We needed expertise in software development, so that’s where we spent our money,” Browning says.

The new team members were given plenty of room to excel. “We never put a budget on software development. We would guide our dev team, but we effectively would let them have whatever they wanted. If they wanted a $10,000 coffee machine, we got it. If Diet Mountain Dew powered MOBI’s software roadmap, we got that, too. If they wanted to start working at 10 a.m., we said fine as they’d always be working late into the night.”

Browning says MOBI’s business development team did make their software developers nervous. “Customers would ask us, ‘Can you do A, B and C?’ We’d lie. ‘Yeah, we can do that.’ Then we’d go back to our developers and figure it out. Pushing the boundaries was who we were,” he says.

From the beginning, MOBI was self-funded. The partners launched the company with a loan from Browning’s father, repaying it two years later. But in 2015, after 14 years of building their business, the partners decided it was time to consider an exit and an infusion of capital was needed.

Browning explains the rationale. “We had a head start on our peers, but were a midsized niche solution.

We weren’t strong on a global front and a number of our customers had a strong international presence. There were also competitive threats. What if Google got into SaaS for mobility management services?”

New York private equity firm Bregal Sagemount provided an infusion of $35 million, which accelerated MOBI’s growth. IBM, a customer and reseller of MOBI’s software, became an acquisition suitor. IBM made a run at acquiring MOBI in 2017, but dropped out when they wouldn’t meet the company’s valuation.

Another suitor, Tangoe, a Marlin Equity Partners company, emerged. Tangoe was the largest player in the space and considered MOBI an “ankle biter” particularly when the smaller company started beating them on enterprise size deals. Tangoe built its business through acquisition and saw MOBI’s SaaS platform as a way to strengthen their position in the mobile management industry.

“People were shocked that we would even consider being acquired by Tangoe. But your strongest competitor can become your acquirer. When they agreed to acquire us for seven times our annual revenue, we accepted the offer. Three of the five partners, including myself and my brother Michael II, took full exits,” he says.

But the decision to sell to Tangoe was more than financial. The company agreed to headquarter mobility operations from Indianapolis and retain MOBI’s 350 employees. “The last thing we wanted was for them to scrap MOBI and sell the parts. This was the company my mom made turkey sandwiches for every Wednesday; it was a family business,” Browning says.

Although he didn’t start a company to sell it, Browning admits he was ready for it as the pace of the last several years was a “violation of the idea of live for today.” And today he is focused on being a full-time dad to he and wife Amy’s four children ages 10, 11, 12 and 14.

“You have to be lucky and good,” he says. “With the global pandemic and the impact on business, we are very fortunate to have exited when we did.”

Browning has this advice for future entrepreneurs: “Go do a deal. When you’re straight out of college, your risk tolerance is high. The worst thing that can happen is it doesn’t work so you do something else. Lastly, focus on your business, not the exit. Pivot when you have to, for it’s not always a linear path to the finish line.”