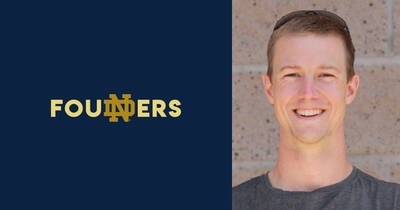 The next time your kid wants to spend months laboring on a crazy project with friends, do not, under any circumstances, discourage them. Instead, bring them sandwiches. Stand back and encourage them. Childhood quests aren’t a waste of time.

And to think six friends who saw themselves as “movers, shakers and makers” cooked up the original plan for an autonomous solar-powered boat back in 2010 as a way to send a “smart message-in-a-bottle” to a friend in Spain. According to Flanigan, the idea took on a life of its own, and was eventually known around the world as the Scout Transatlantic project.

“We thought it would take a summer to build a robotic boat,” explains Flanigan, who grew up sailing and teaching sailing on Narragansett Bay. “It took us over two years.”

Not surprising given the fact they had to learn how to engineer and then program a 12-foot boat robust enough to endure the 3,400-mile voyage to Spain. To fund the project the leader of the group, Dylan Rodriguez, raised $3,400 through Kickstarter and a local marine distributor donated building materials. They set up a website with a livestream for fans to monitor Scout’s progress on its ocean journey. Extensive media coverage fanned the flames of excitement.

Scout’s third and final historic voyage began in late August 2013, from Sakonnet Point, Rhode Island. The target destination was Sanlúcar de Barrameda, Spain, the same spot Christopher Columbus started his own transatlantic journey more than 500 years earlier. The voyage was expected to take 60 days, but 1,200 miles into the Atlantic crossing, contact with Scout was lost.

“We don’t know exactly what happened,” Flanigan says. “But a spooky coincidence was that Scout passed about a mile from where the Titanic sank when it started having trouble.”

Still, the Scout Transatlantic Project team celebrated their journey, and then went their separate ways to college, graduate school and professional careers. Flanigan headed for Notre Dame where he joined the boxing and sailing clubs and immersed himself in the Engineering program where he was always sketching and building things. Post-graduation, he joined DMC, a manufacturing automation company in Boston, as a systems engineer. While there, he programmed control systems for applications in the automotive, medical and consumer products industries.

Although he stayed with the company for just a year, the experience left its mark. “DMC had a really great culture and structure for how they handled knowledge transfer. They understood that people were the core of the company, so they focused on employee values and making it a fun place to work.”

Ocean Aero did more than spark memories of the Scout project. It ultimately played a role in the team of friends launching their own autonomous surface vehicle project. “For a few years after Ocean Aero, my brother Dan Flanigan, Dylan Rodriguez, and Max Kramers were working at a contract engineering company they had started called Kroova. I occasionally programmed for their projects. The success of Kroova seeded the roots of Seasats.”

At Kroova, the friends fell back into their old roles of prototyping and whiteboarding, only now they did it for customers. The decision eventually came to start up a new Scout project. Initially it was done alongside other work, then with some funding from friends and family, they officially launched Seasats—short for Sea Satellites—in October 2020. It was very reminiscent of their garage days: long hours, skipped meals, creating, starting over, doubting, and incremental wins. Flanigan admits it was a grind and the team came close to quitting multiple times.

Luckily, things started to change when they completed their first pilot missions for Scripps Institution of Oceanography and then shortly later when Seasats was selected for a Techstars cohort of ten startups in 2021. The team received $120,000 in funding from TechStars and were forced to increase the intensity and pace of building the business. Says Flanigan, “If you’re a new entrepreneur, I highly recommend an accelerator. The coaching and networking were really valuable.”

With the ability to concentrate all of their energy on Seasats, the team soon completed their first prototype. The low profile of the 10-foot-long ocean drones look like a cross between a surfboard and a sailboat without the sail. It’s a feature that makes it difficult to detect by sight or radar. They are designed to stay at sea for up to six months.

The Seasats’ deck is covered entirely in solar panels. The energy generated is stored in batteries, which power the vessel. Operated autonomously and manually with a browser-based user interface, the vessel also includes a video camera to capture livestream feeds from its missions. Cell and satellite communications allow a Seasat vessel to be monitored and controlled from anywhere across the globe.

The team specifically designed the Seasats to be easily handled and launched by two people, requiring no special equipment. “The first launches were exciting,” Flanigan says. “But we were pretty calloused and realistic about how hard this stuff is by then.”

Moving to customer acquisition, Flanigan says their initial outreach was to scientific research institutes, “We started calling people in the marine science industry and asked them what they thought about Seasats, would they use it and what price point they comfortable paying. People have had some wild ideas on how to use Seasats and have expanded our views on how these vehicles can be used,” he says.

Initially, the team focused on three key markets. The first market is environmental monitoring such as monitoring coral reefs, sea life, algae blooms, and water health. Another segment is maritime domain awareness, including intelligence and reconnaissance missions for defense or counter narcotics. The third market segment are commercial opportunities such as infrastructure monitoring, aquaculture and underwater mapping. In all cases, Seasats reduces risk, labor, and time, while delivering high quality information.

During these initial sales calls, the Seasats team gathered critical market insights. Among them were questions about price, which influenced their strategy going forward. Today, customers can purchase Seasat autonomous surface vehicles outright or just the data collected on their missions. Both options are considered relatively low cost.

Paying projects began in 2021. After the pilot missions with Scripps, the team generated revenue through acoustic monitoring and shallow water mapping projects. Those successes helped them raise a $1 million round from Monozukuri Ventures, Techstars and angel investors. A few rejections from grant programs eventually turned into success when Seasats was awarded a $256,000 Small Business Innovation Research (SBIR) grant from the National Science Foundation. The project is focused on software needed for ocean drones to comply with international collision regulations. On the successful completion of phase one, Seasats is eligible for additional funding.

In October 2022, Seasats closed on a $10 million Series A fundraising round led by defense contractor L3Harris. Flanigan says multiple technology demos were involved in getting the deal done. “The funding is a real gamechanger for us. Before this even a few months into the future was always uncertain. Now we’re able to focus on hiring great people and to work on building a longer-term business.”

In addition to growing their team, Flanigan says the funding will be used to accelerate production, deploy in new markets and advance technical capabilities. The Seasats team will also tap into the expertise of L3Harris and their current product lines of large and medium size autonomous vessel programs that it already provides to defense customers.

Flanigan says the biggest challenge to date has been maintaining the faith and persistence needed to believe the venture would one day succeed. The biggest win is seeing the team grow and having new fun, smart, inspiring, people to work with.

Above all, Flanigan is excited to have launched Seasats with a group of friends. “We’ve achieved a lot really fast. It’s been really difficult, but I’m super proud of what we’ve pulled off and I’m super grateful to have done it with a fantastic crew.”

On a personal level, he is thankful for the huge network of people who helped him on his entrepreneurial yoyage, from parents who supported and allowed treehouses and projects, to Notre Dame roommate and best friend John Wetzel who shared valuable advice from his own journey with startup Gather, to Mike Sanders of Notre Dame’s Hypersonic Aerodynamics Lab, and to the Techstars mentors, advisors, friends, and even the haters. “They helped, too,” he laughs.

Asked what advice he would give to others wanting to start a company, Flanigan offered this: “If you’re new to the game, just try to get involved. Take shots on net. Apply to the IDEA Center’s McCloskey New Venture Competition, even with bad ideas— I’ve been rejected twice!—just to get the practice. It often takes multiple tries before finding the right thing.”