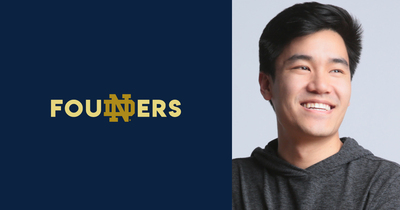 By day, Jackson Jhin dutifully studied classical piano, mastering Chopin and other classical composers. By night, the Houston high school student was a head-banging guitarist in a heavy metal band. Some of his favorite bands were Rage Against the Machine, Tool and Avenged Sevenfold

“I really wanted to be a rockstar—metal or dance music, didn’t matter,” Jhin says. “But I had no idea how to do it. Houston was not the best city to pursue a career as an artist. My parents were immigrants, and I didn’t have any connections in the music industry. A teacher helped me meet a few people, but it wasn’t enough.”

Undeterred, Jhin leaned toward going to music school rather than a traditional university and began applying to as many as he could. Meanwhile, his parents were not onboard with his academic strategy.

“One day my mother gave me an infographic that showed that 80 percent of music school graduates go on to become music teachers. Her question was, ‘Do you want to be a music teacher the rest of your life?’ Seeing how difficult it would be to succeed as a professional artist, I changed course and applied to the University of Notre Dame. My brother had gone there, and I absolutely loved the school.”

That’s not to say Jhin gave up music while studying International Economics in South Bend. He maintained his musical interests by founding the Lakeside Music Festival held at Carroll Hall in May. The now annual event brings together musicians from across Notre Dame to perform live for the university family.

He also discovered a new passion in which to channel his energy. During senior year, Jhin and a friend founded Float Tickets, an event ticketing platform at offered insurance for fully refundable tickets up to 24 hours before an event. “We were bright eyed and bushy tailed,” Jhin explains. “We thought we’d raise tons of money for basically a software algorithm we had coded.”

Jhin’s enthusiasm was not unfounded. He and his co-founder John Joyce won $30,000 in a venture capital pitch competition sponsored by Elevate Ventures. During the competition, he had a chance encounter with Notre Dame alumnus Peter Crisman, a partner at Chicago Ventures. Seizing the opportunity to leverage his new connection, Jhin sent Crisman his Float Ticket pitch deck. Crisman responded immediately with an invitation: “Come to our office in Chicago and meet my partners.”

Overcome with excitement and anticipating a breakthrough for his startup, Jhin hightailed it to the meeting. “I dressed in my best suit, printed out my pitch deck, and hopped the South Shore Line to Chicago. The response I got from Chicago Ventures was not what I expected. They got straight to the point. ‘Your startup is terrible—which they said in nicer terms—but we like you as a person. Would you like to join our team?’”

Jhin was thrilled. “A chance meeting became an incredible job opportunity. I felt very lucky; they were willing to take a shot with me.” Thus straight out of Notre Dame, he became an analyst for Chicago Ventures looking for promising  startup companies.

On his third day on the job, the unthinkable happened. Jhin got lost in the firm’s office in the Chicago Merchandise Mart. Lest you snicker, it’s easy to do—the building is four city blocks long. “My heart was racing. I didn’t know how find my way out. It was 10 o’clock at night and I thought I was going to have to sleep in the office. I knocked on doors, looking for someone to help me. Finally, I met a guy who was working late.”

Call it Jhin’s second experience of opportunity knocking. The guy was Steven Galanis, an entrepreneur who had recently quit his job to start a company called Cameo. His idea was novel; he was creating a direct-to-fan platform to allow celebrities to sell personalized video messages to fans. The two ended up talking until midnight at which time Galanis literally showed him the door and the way home.

“I fell in love with the business,” Jhin recalls. “Every day after work I would walk over to his office and help Steven out. For the next six months, I went to his office after I was done at Chicago Ventures and work until 12 a.m. to help get the company off the ground.”

Finally, Galanis invited him to join Cameo full-time. With nothing to lose, 24-year-old Jhin made a gutsy move. “I said, ‘I want to be your second in command. I want to be the CFO.’ His response was, ‘I don’t know if my board will approve that.’”

Jhin continued to state his case. “I’ve worked with you for six months; you trust me. If you hire another CFO, it will cost you a big salary. Give me a chance.”

Galanis relented and was rewarded by Jhin’s gumption and grit. The two went on to raise $50 million in 12 months, including an investment by Chicago Ventures. Over the next four years, they grew the company to 300 people, raised $150 million and achieved a valuation of more than $1 billion. In 2020, Cameo racked up $100 million in gross revenue. Today, more than 30,000 creators use Cameo, ranging from Star Wars legend Billy Dee Williams to Olympic gymnast Gabby Douglas to Lance Bass of NSYNC.

The epiphany ignited a new idea grounded in his own personal story of driving ambition hindered by humble roots. “What if you could democratize access to opportunities? Imagine what could happen if regular, hard-working people had access to Beyonce, Tim Cook, or other famous people. More really talented people would get discovered because of their hustle and talent rather than family or financial connections. So many people feel like they are sitting on talent because they have no idea who can help them. So I set out to build as a company that would create connections for everyone.”

Jhin named the company Protégé around the value proposition of bringing together the biggest experts in the world in music, film, art, and business willing to mentor others. To bring the platform to life, he turned to a chance meeting he had at age 22 with a tech entrepreneur while at Chicago Ventures. “I had heard about this guy Michael Cruz who was supposedly the best chief technology officer in Chicago. I got his contact information and started incessantly asking him out to coffee, pitching him on every startup idea I had. It took about two years, but he finally got excited about Protégé because the mission was aligned with a personal problem he had experienced.

Together, Jhin and Cruz built a platform they both needed and didn’t have earlier in their careers. In a nutshell, here’s how it works. A budding musician for example, can choose a professional artist on Protégé, submit a 60-second audition tape and the expert will respond with personalized feedback on their own 60-second video. Fees are set by the expert and can range from as little as $10 to several hundred dollars.

Sessions can be a one-time event. In some cases, the expert may “discover” a potential star and choose an ongoing mentorship. Since Protégé went live in March 2022, several artists have been discovered and signed deals with record labels.

Two big challenges Jhin and Cruz had to address were funding the company and attracting experts to the platform. Both required a tremendous amount of hustle, chutzpah and good old-fashioned connections.

“I asked everyone I knew which celebrities they knew and then asked for introductions. I approached Will Smith’s family, Lionel Richie and Jason Alexander of Seinfeld fame. I had to name drop to get meetings, tell our story and get connected,” Jhin says.

Jhin admits being starstruck by Protégé’s backers. “To my knowledge, Sequoia had never before invested in a Chicago startup so that was a huge deal for us. When they got on board, the celebrity investors followed. It was miraculous they all participated.”

A number of the celebrity investors also agreed to participate as experts on the platform. Says Jhin, “Artists want to give back, they want to send the elevator back down to help others rise. There is a lot of empathy for people with hustle and talent.”

The response from Protégé uses has been overwhelmingly positive. “Most would give an arm and a leg to reach the right gatekeepers. Protégé provides an easy way to connect with people who can open doors for you. We are democratizing access and uncovering the hidden talent around the world,” Jhin says.

Meanwhile, Protégé is actively recruiting more experts in all categories. They are specifically targeting experts in film production such as producers, screenwriters and choreographers. Successful businesspeople are also a priority. Jhin admits that even with Protégé’s growing brand awareness, getting in touch with best-in-class experts is not easy and requires constant effort.

Asked what his biggest win to date with Protégé has been and Jhin points to a single connection. “Hands down it was meeting my co-founder, Michael Cruz. He has a ridiculously high IQ and EQ. He is so nice and so smart. He is an incredible partner in changing the world.”

Jhin offers this simple advice to others who want to start something, whether it’s becoming a rock star, an entrepreneur or some other dream job:

“Take risks. Career risks are in your head. They aren’t reality.”