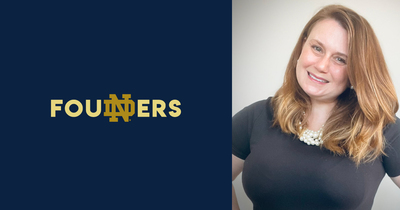 As early as middle school, Kayte Malik had the whole entrepreneur thing figured out. First, she made hair scrunchies and sold them to her basketball teammates. She then moved on to babysitting, a service in high demand in her hometown of Rochester, New York. Malik was no ordinary babysitter. By age 16, she was charging $15 to $20 per hour, much more than anyone else and well beyond minimum wage in the late 1990s.

“People would ask me what my rates were, and I answered, what is your child’ life worth? I let them set the price. I had 21 first cousins. I’d taken the Red Cross babysitting class and was certified. I knew how to take care of a lot of kids at once, including newborns. I got hired.” She smiles at the memory.

She was only getting started. Throughout high school and college, Malik was always reading books on how to start companies. When she graduated from St. Bonaventure University with a degree in business information systems, Malik decided to build a babysitting platform where parents could go to find qualified childcare. She had the technology down but was unsure about the business and legal side.

“In the meantime, someone launched a website called SitterCity.com,” she sighs. “So I accepted a job with AT&T in tech sales in Chicago.”

Eventually, her technology background led her to Charlotte, North Carolina, a banking hot bed. Malik’s first job in the financial sector was in the investment bank at Wachovia, then the fourth largest bank in the United States. In 2007, Wachovia appeared invincible. During the financial crisis of 2008, the unthinkable happened. After several quarters of earnings hits, Wachovia was failing, a situation that threatened the nation’s financial services industry. At the last moment, with Citigroup and Wells Fargo wrangling for control, Wells Fargo prevailed and acquired Wachovia at a deep discount. The experience  was eye-opening for Malik.

“I’d met really smart people at Wachovia who challenged me like never before. Then the bank crashed. It was very hard to be on the front lines of a terrible situation with people I respected,” she explains.

Malik’s youth and resilience worked in her favor. For the next two-and-a-half years, she continued to advance in Charlotte’s financial industry, first as an integrations consultant with Wells Fargo and later as an assistant vice president-product analyst for Bank of America.

Although the years in Charlotte were both career and character building, and ultimately set her up for her passion, entrepreneurship. “It was a great experience, but it wasn’t so great when it happened. I was working on the cutting edge of mobile banking, doing big data with data scientists before big data was a thing. It gave me a really good understanding of business,” she says.

Wanting to return to the Midwest, in 2013 Malik moved back to Chicago where she joined Sears Holdings. eCommerce was in its infancy and Malik was able to leverage her experience in mobile banking for Sears’ ecommerce team. At the time, Sears was second to Amazon in online sales. Malik started in the appliance business, which was a half-a-billion business for Sears. From there, she went to apparel where the marketing promise was “You can ship your pants in two days.”

Competition for talent in the budding ecommerce industry was fierce. Unfortunately for Sears, Amazon poached much of their talent Seeing the writing on the wall, Malik decided she needed a Master of Business Administration degree to continue advancing her career. There was only one school on her list: the University of Notre Dame. “It was a lifelong goal of mine to attend Notre Dame.”

Malik was accepted into Notre Dame’s executive MBA program in 2014. While there, she transformed a class project into her first startup: Dresscode Tech. Malik realized she could get girls and women interested by coupling coding with fashion. Another plus: the White House made funds available to teach women how to code.

Dresscode Tech soon took off. Malik did a deal with Comcast, secured a partnership with Wonder Women in Tech, was mentioned in Forbes twice. She also won the First Source Bank Award in the 2017 Notre Dame McCloskey New Venture Competition. To date, 3,000 girls and women have been involved with Dresscode Tech. Even so, the startup stalled. Malik could not find investors. She started looking at what next.

Her love of business books led her to the High Growth Handbook by Elad Gil that explains how to scale early-stage companies. “I had startup and corporate experience but had never scaled a company. An executive level job at FanDuel popped up in 2019. Online sports betting and fantasy sports were new industries in the United States. I interviewed and got the job,” she explains.

Timing is everything for startups, and in the case of FanDuel, early 2020 proved to an interesting time to scale a sports betting business. The global pandemic brought professional sports and FanDuel to a dead standstill.

Malik; however, didn’t stand still. Instead, she helped with a big technology migration, opened over 10 FanDuel retail locations across the United States, grew a team from one to five, brought to market two new daily fantasy products, and launched new online sportsbooks in nine states. Says Malik with a with smile, “I did six year’s work in two-and-a-half years. It was like building a rocket ship as it took off.”

As busy as she was, Malik spent her down time studying a new opportunity: Name, Image and Likeness (NIL) for collegiate athletes. “Working in sports and serving as a trustee at St. Bonaventure, NIL was this thing on the horizon that would dramatically change college sports. My thought was how will small schools stay competitive when major schools can ‘buy’ players using NIL? Furthermore, how can we level the playing field for non-football and basketball players who are inking the lion’s share of the NIL deals? I started learning as much as I could even before the NCAA approved its policy allowing students to benefit from their name, image and likeness on July 1, 2021.”

Instead of connecting student athletes with corporations and local businesses for marketing deals, Malik’s idea was to connect athletes and fans. In December 2021, she was watching a St. Bonaventure basketball game, “I saw a kid hit a three-pointer that changed the dynamic of the game. I wished I could compensate him in some way,” she recounts. “Then I realized, with my banking technology background, I probably can. That became the foundation of my NIL startup.”

One of the lessons she’d learned from her past experience with Dresscode Tech was not to launch a company alone. Leaning into her Notre Dame network, Malik reached out to Dan Dykens (Class of 1995), a serial entrepreneur who knew how to raise money and had three exits under his belt. He agreed to work with her. She left FanDuel in April 2022 to focus entirely on Honorarium.

Over the next four months, Malik and Dykens honed into their student athlete value proposition. “What we’ve done is build a social platform for students and fans. Student athletes build a profile that provides college fans with a more immersive game-time experience. It gives fans the ability to interact with and honor their favorite college athletes with a financial gift that is shared with the entire team.”

As of August, Malik was busy testing the Honorarium concept with some of the best universities in the country. Additionally, student athletes have the opportunity to pre-register on Honorarium and participate in preview sessions before the official launch in October. Already, Honorarium has recruited student athletes from more than 200 different colleges and universities across multiple NCAA divisions to the platform.

“We have spoken to a number of colleges and universities as well as athletic conferences and athletics directors and commissioners are excited. They see that their student athletes can take advantage of their name, image and likeness, but they don’t have to manage another program,” Malik explains. “We think Honorarium would be great for mid major universities that have avid fanbases. We are working on partnerships with schools in the ACC, A10, Big South, and Big 10 that we hope to announce soon. We are closing out an oversubscribed pre-seed funding round now.”

Launching a new NIL startup during the always frantic fall sports season adds an additional layer of stress for Malik. “I feel like there’s not enough time, we’re not moving fast enough, we haven’t reached enough schools,” she admits. “The NIL genie is out of the bottle. All we can do is run our business the right and ethical way. There’s a huge opportunity to do NIL in a way that benefits everyone involved: schools, athletic departments, athletes, and fans.”

She adds, “And if there’s one thing my Notre Dame MBA taught me how to prioritize work and life. With startups, there are always 85 million things to do. I know how to choose the most important things to execute at any given time.”

Asked what her biggest win to date with Honorarium is and Malik says the biggest one is personal. “Rochester, New York, is such a wonderful place to me. It’s where I grew up. My mom and aunt were executives at Xerox. Founding my company in Rochester, hiring paid interns, and creating jobs here makes me proud. Currently, 55 percent of the people we employ live in Rochester and 44 percent are women.”

Malik offers this advice to those who have a great idea for a company and are uncertain of where to begin: Just get started. “Do what scares you. Call someone you don’t know and ask for advice. Do your research. The early days of your company won’t be perfect but starting is the only way to get better. And if possible, don’t start a company by yourself.”