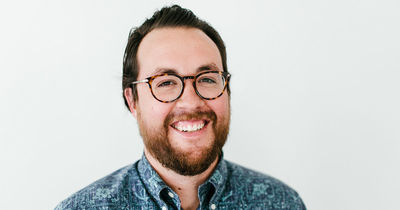 While Brendan Gallagher was an undergraduate student studying biology at the University of Illinois at Urbana-Champaign, he developed a “passion for startups”. After graduating in late 2007, he spent a few years developing the now FDA approved drug, Lutathera, deciding to pursue an MBA at Notre Dame in 2010, once Lutathera was ready for clinical trials.

“I had a great time at Notre Dame,” says Gallagher. A classroom exercise resulted in the idea that eventually became his McCloskey team’s entry into the Competition.

Gallagher now leads Business Development for Sentieon, a bioinformatics software company based in San Francisco. He decided to work on the sales and partnership side of life sciences since that is a great way to learn in this emerging and quickly-changing field.

As far as his experience with McCloskey, Gallagher says if he were doing it again that he would strongly consider founding an actual company, instead of the intellectual business plan he submitted in 2012. He knows that teams in the Competition now see revenue by the time they make their final presentation and end up continuing their companies as a career path.

“I loved the McCloskey Competition … more companies than ever are being founded directly from it.”