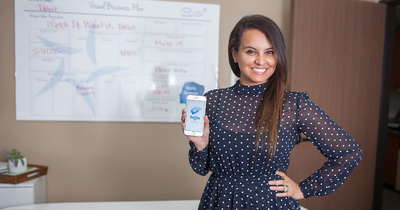 Ana Bermudez learned about McCloskey when her friend was an MBA candidate at Notre Dame. She believes, in retrospect, that communicating her idea is one of the most important things she learned from participating in the Competition. She “had this million dollar idea in her head,” but other people (in the beginning) weren’t as excited as she was about it. By putting her idea on paper and participating in the competition, she was better able to communicate her idea to others.

Creating a business plan was a challenge for Bermudez because she didn’t come from an entrepreneurial background. But this “painful, but necessary process” had long-lasting results. Bermudez says that “to this day I still use a revised version of the same business plan.”

Bermudez says McCloskey forced her to adapt to a different environment and to communicate her plan to different types of potential investors.

After graduating from Notre Dame, Bermudez worked in finance for 6 years before she took a “leap of faith” and started her own company. Today, Ana Bermudez proudly claims the title of “tech entrepreneur.” She is the Founder and CEO at Get TAGit™ Inc.

“Success is built on who your network is, says Bermudez. “McCloskey indirectly introduced me to one of my first investors who is an alum of Notre Dame.”