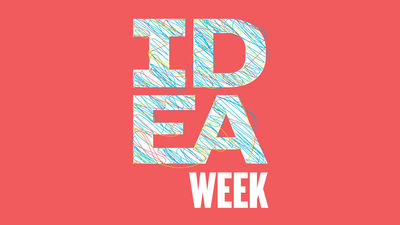 The University of Notre Dame, along with the city of South Bend, the city of Elkhart and various community organizations and businesses, will host Idea Week April 21-28 (Saturday-Saturday) to highlight strides being made in innovation and entrepreneurship in the region and to inspire creative energy for future success.

The weeklong event is a cross between similar innovation and entrepreneurial events, in cities like Denver and Chicago, and a festival. It will include a headliner concert, workshops, speakers, a major comedian performance, the McCloskey New Venture Competition, a TEDx event and various social activities. Events will be held at Notre Dame venues and in South Bend and Elkhart and will be open to the public. A primary goal of Idea Week is to introduce entrepreneurs, developers, makers, inventors, designers and investors to each other and to highlight the economic growth and innovation that is moving the region forward.

“The purpose of Idea Week is to accelerate and celebrate the transformation of this region into a technology hub akin to places like Austin, Texas; Provo, Utah; Boulder, Colorado; Ann Arbor, Michigan; and Gainesville, Florida,” said Ritchie.

More information about Idea Week is available at www.idea-week.com. Organizations wishing to be a part of Idea Week should contact Nick Swisher, director of marketing and communications at the Notre Dame Idea Center, at 574-631-2984 or nswisher@nd.edu.