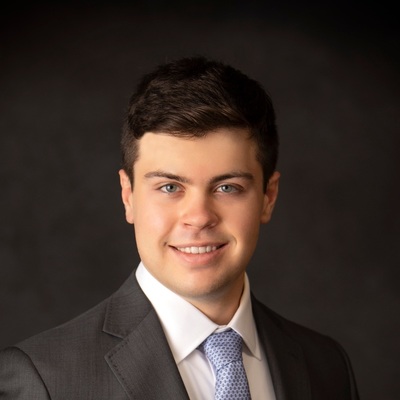 Evan Cook is a senior at Notre Dame majoring in Science-Business. He has been working as an IDEA Center Intern since April of this year.

“I was supposed to be doing undergraduate research on campus over the summer, but that got cancelled due to COVID. I received an email from the College of Science about an internship in the IDEA Center.” Evan thought the position looked interesting, and that it would give him some experience in a consulting-like position, and so he decided to take it.

As a senior risk assessment analyst, Evan’s job is to look carefully at the incoming technologies that University professors bring to the IDEA Center and to review the market opportunity and market risks. “As I have gained experience, my role has expanded to also include onboarding new analysts. After the Winter Break I will also be working with some of the other analysts to help them with their presentations,” he adds.

When he started working with the IDEA Center, Evan was still fairly set on applying to medical school after college. One day, though, while presenting on antibiotics to a professor, he was struck with how much he enjoyed what he was doing, and that he wanted to keep doing it after he finished school. “This was a big revelation to me,” he says. “It is really cool to use my science background and apply what I’ve learned in the classroom in a non-traditional way, combining my technical knowledge with some of the business know-how that I’ve also learned. I don’t want to totally give up on my science background. This kind of work is a really good way to use both of my skill sets at once.”

So, at least for now, Evan says medical school will not be his next step. He has accepted an offer with ClearView Healthcare Partners, and is very excited about moving to Boston after graduation.

“I am really grateful to the IDEA Center for giving me the opportunity to transition from a more medical school journey to a more business role. I believe my work as an intern was instrumental in helping me get hired in a life-sciences position.”