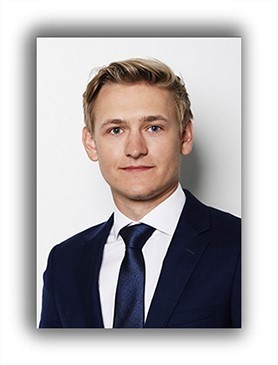 Alex Kruszewski (ND ‘19) is not your average investment banker - and he attributes that partly to his experience working in the first cohort of Venture Coaches at the IDEA Center. Alex always knew that he wanted to work in finance. It wasn’t until his good friend (and now IDEA Center Pit Road Fund Manager) Mitchell Kokko pulled him into helping him with some finance work for his start up, that Alex began to take an interest in entrepreneurship. Now, Alex works as an Investment Banking Analyst at Evercore, a firm which values the spirit of innovation and entrepreneurship within the finance industry.

It wasn’t long after Alex began running financial operations for Mitchell’s startup that he became fully engaged in all things entrepreneurial when he was brought on as one of the IDEA Center’s first Venture Coaches. As a Venture Coach, Alex began working with students who were seeking mentorship during the process of starting to bring their business ideas to life. “It was a learning curve to get those skills in the beginning,” Alex admits. “It was a shift in mindset; you might be thinking of things just as a finance major but then as soon as someone starts asking you questions about market sizing you have to put another hat on.”

Alex's desire to work in finance remained strong, but his newly-adopted entrepreneurial perspective prompted him to consider and seek out opportunities different from the traditional investment banking firms. “Everyone thinks of investment banking as a formal and defined path, but the reason I ended up coming to Evercore was because I wanted to find a place that could foster an [entrepreneurial experience]. There are investment banks out there that are free-thinking and you can have a lot more opportunity to talk with management and take on more responsibility.”

Alex insists that having an entrepreneurial mindset can make all the difference when it comes to understanding how a business operates in its entirety. “A lot of students think of things as black and white in finance, but if I’m going to make some sort of financial change to your company, it can impact top to bottom the way your CEO acts and how every member of your business acts. If you’re not thinking with those hats the IDEA Center teaches you to think with - about very core basic principles about how companies operate - the financial decision you make could be entirely wrong.”

Working within Mergers and Acquisitions at Evercore, Alex explains that he utilizes his entrepreneurial skills on a daily basis. Within his first few months of being at Evercore, Alex co-led a project which required him to think outside of the box and investigate the best way to expand into a new market. Alex describes, “it really started from ground zero. It was only me and my directing manager. Without the experience of being around innovative companies and startups I’m not sure I would have been able to take on as much responsibility as it takes to see through the entire process of creating new relationships through the firm and building the basic materials.” Since starting his job at Evercore, Alex has been fortunate enough to meet and work with company CEOs and heads of finance - meetings Alex says which he might not have otherwise been invited to if not for the success he’s achieved with the immense responsibility given to him as a trusted intrapreneur.