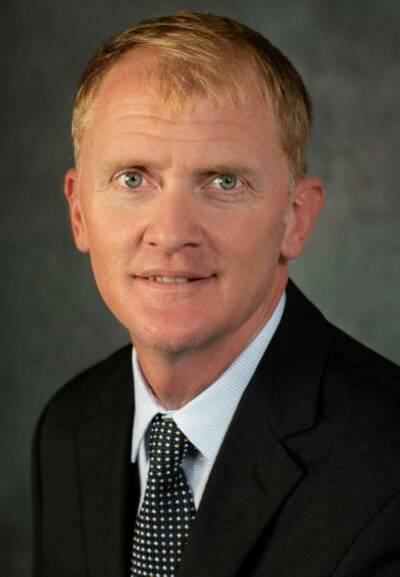 After 27 years in the U.S. Air Force, including time as superintendent for the 95th Reconnaissance Squadron leading personnel  who provided reconnaissance, real-time intelligence, information warfare and combat support to national-level leadership and war-fighting commanders, Kevin Craig decided it was time to go back to school. Not just any school. Craig enrolled in the University of Notre Dame’s Executive MBA program. It was a gamechanger.

“During my time at Notre Dame, I worked at the IDEA Center as a due diligence analyst. The experience opened up the world of entrepreneurship, and I was hooked. The appeal of starting something from nothing was intriguing, and even more so after leading military units of up to 1,000 people while in the Air Force.”

While working at the IDEA Center, Craig was introduced to a startup called Tessellated that was established after the faculty inventor disclosed the technology to the IDEA Center. The company sought to commercialize a high-strength, thin film discovered in the MÖNSTER Lab (MOlecular/Nano-Scale Transport & Energy Research Laboratory) under the direction of Tengfei Luo, PhD.

After due diligence showed the company’s technology had commercial promise, Craig accepted a role at Tessellated to build the underpinnings of successful business. “The work spans setting up all the fundamentals of a company: insurance, banking accounting, customer discovery, and networking with possible investors. I even take out the trash,” Craig says.

He has proven adept at fundraising, securing grants from Elevate Ventures. He and the Tessellated team have begun working on STTR grant from the United States Army. In his short time as an entrepreneur, Craig has learned an important truth about startups. “When planning any activity, it’s usually more difficult and takes more time than what is planned for.”

Today, feet are firmly planted on the ground, Craig is ready to soar with Tessellated. “The thing I miss most about the military is the people. I’d like to create a company that attracts great people. That’s success.”