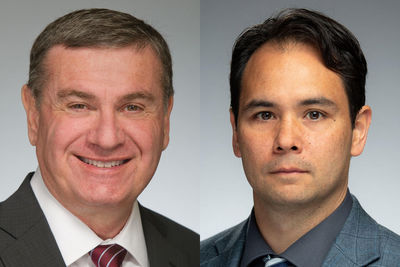 Atlas 3D, an Indiana startup assigned technology by the University of Notre Dame, will be acquired by Siemens, a global technology corporation and pioneer in software solutions for industry. The company will join Siemens Digital Industries Software, where its solutions will expand Siemens’ additive manufacturing software capabilities.

Commenting on the acquisition, Atlas 3D Chief Executive Officer Chad Barden said, “Siemens is a leader in additive manufacturing, with the most integrated and functionally robust solutions in the industry. We are excited at the opportunity to join the team and look forward to introducing Sunata to customers who already have Siemens’ additive manufacturing solutions and can achieve new efficiencies in their front-end design-for-additive process, as well as companies that have yet to start their additive manufacturing journey.”

The acquisition is well timed. The global additive manufacturing market is projected to grow from $7 billion in 2017 to $27.3 billion by 2023. According to McKinsey, 3D metal printing is the fastest growing segment of 3D printing. Among the early adopters are the aerospace, automotive and medical industries, which recognize the potential to significantly lower production costs and lead times for a variety of metal parts as well as increase customization and design freedom.

Although demand for 3D metal printing is growing, the technology has its challenges. Production-scale metal 3D printers cost millions of dollars. The materials used in printing run thousands of dollars per kilogram. Failed builds are not uncommon. These challenges inspired Atlas 3D to identify ways to address quality and cost concerns and pave the way for greater adoption of metal 3D printing. 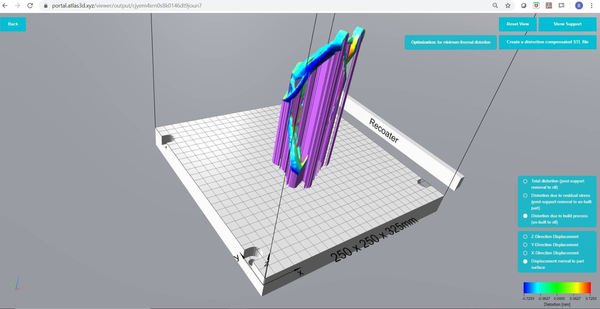 Although the intellectual property currently behind Sunata was developed internally by Atlas3D, some former technology was developed in partnership with Notre Dame and others. While at Notre Dame, Hao Peng, a former postdoctoral researcher, contributed various solutions to the technology while working with ITAMCO, David Hoelzle, former assistant professor at Notre Dame and now an associate professor at The Ohio State University, and David Go, the Rooney Family Collegiate Professor of Engineering within the Department of Aerospace and Mechanical Engineering at Notre Dame. Richard E. Billo, associate vice president for research and professor in the Department of Computer Science and Engineering, led the project at Notre Dame and was also part of the development team.

Since leaving Notre Dame, Peng worked for ITAMCO and consulted with Atlas 3D in product development. “In working with Atlas 3D, we determined that many failed builds in metal 3D printing are attributable to thermal distortions and often the result of incorrect build orientation,” said Peng. “I worked with Atlas 3D to develop its proprietary algorithm, the Thermal Circuit Network, which helps eliminate failed builds by running simulations that predict thermal distortion and ultimately determines the optimum build orientation and support material locations,” said Peng.

According to Go, companies can use Sunata to build complex parts not possible using conventional foundry methods as well as parts for aerospace and medical industries with tight tolerance that must be certified. “This capability truly is a game changer because the limits of the past no longer apply with metal 3D printing,” said Go. “With Sunata, designers can decide whether cost, labor or part accuracy are most important as the software simulates more than 100 orientations until the designer’s target is met. This capability will unlock innovation and dramatically accelerate the pace of implementation of metal 3D printing.”

For the Notre Dame IDEA Center, which assigned technology to Atlas 3D, the Siemens' acquisition is a major win. “One of our roles is to marry the best Notre Dame innovations with experienced management teams,” said Bryan Ritchie, vice president and associate provost for innovation. “This acquisition speaks volumes about the quality of our faculty and students, commercialization partners like ITAMCO and the shared commitment to making the world better through innovation.”

Founded in April 2017, Atlas 3D released its SunataTM software in October 2017. Based on its patent pending Thermal Circuit Network, Sunata is able to identify how best to orient and support parts for metal 3D printing. While similar technologies offer simulation or orientation software, Sunata is the only software that optimizes build orientation and support structures based on simulation of thermal distortion. To learn more about Atlas3D, visit atlas3d.xyz.

About the IDEA Center

Standing for Innovation, De-Risking and Enterprise Acceleration, the IDEA Center is the fundamental resource for all commercialization and entrepreneurial activities at the University of Notre Dame. It provides the necessary space, services and expertise for idea development, commercialization, business formation, prototyping, entrepreneurial education and student entrepreneurial efforts. It is designed to bring the best Notre Dame faculty, staff and student ideas and innovations to market. To learn more about the center, visit www.ideacenter.nd.edu.