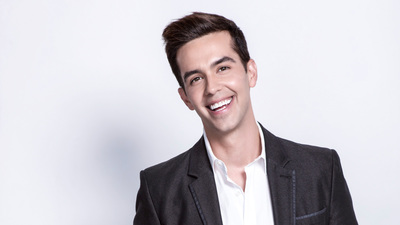 Carbonaro’s performance marks the second announced act to perform during Idea Week, which will take place April 8-13 (Monday through Saturday). Grammy Award-winning artist Tim McGraw will play to a sold-out audience at Purcell Pavilion at the Joyce Center on April 13 (Saturday), while comedian Jim Gaffigan will perform to a sold-out crowd at a pre-Idea Week event on March 6 (Wednesday) at the Morris.

“Idea Week is an innovation festival,” said event director Nick Swisher. “While world-renowned speakers like Bill Nye and Kevin Kelly will represent the learning side of Idea Week, acts like Carbonaro and Tim McGraw will represent the fun and celebration side.”

Idea Week is hosted by the University of Notre Dame, the South Bend-Elkhart Regional Partnership and various community organizations and businesses. The April event will include more than 50 sessions broken up into four categories: Learn, Play, Meet and Compete.

Carbonaro has performed more than 500 feats of magic on his TV series, “The Carbonaro Effect,” on truTV, currently in its fourth season. A trickster at heart, Carbonaro performs inventive tricks on unsuspecting members of the public who are unaware that he is a magician. Jaws drop when he causes a car to disappear from under a security guard’s nose or transforms alien crabs into kittens in a science lab. Whether posing as a coffee shop barista, museum curator or seemingly unremarkable store clerk in the real world, Carbonaro’s illusions — along with his absurd, matter-of-fact explanations — leave real people bewildered and families at home laughing out loud.

Originally published by Nick Swisher at news.nd.edu on January 28, 2019.