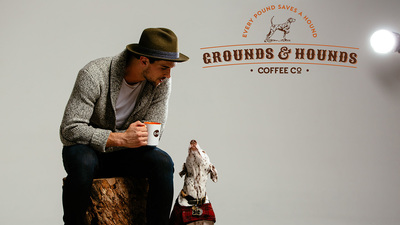 Coffee allows many of us to function on a daily basis.

So what do you get when you put them together? A unique overlap known as Grounds & Hounds Coffee Co., a startup that sells delicious and delightful gourmet coffee, while donating to local dog shelters around the country to improve the lives of our canine companions.

Grounds & Hounds was founded by 2015 Notre Dame alumnus Jordan Karcher after he impulsively rescued his Dalmatian, Molly, in 2012. Thrown into a new world of pet parenthood and the social activities that go along with that job, Karcher also began to learn about the unsustainable funding of animal rescues.

The American Society for the Prevention of Cruelty to Animals estimates that half of the 6.5 million animals that enter U.S. shelters every year are dogs, and about one in five of these dogs (670,000) will be euthanized, mostly due to overpopulation. One of the leading causes for euthanasia is overpopulation in the shelters, which do not have enough money or space for all the animals they take in.

So Karcher set a goal: Find a lateral solution that creates a more sustainable path for funding to attack the euthanasia statistic. His solution was inspired by another massive statistic. Americans consume about 400 million cups of coffee per day, or about 146 billion cups per year.

His answer: Brew and sell great coffee, giving 20% of proceeds to local shelters.

After entering the McCloskey Business Plan Competition in the spring of 2014, the company has been operating successfully, first in ecommerce, and now in wholesale, as well, available in more than 230 retail locations.

“Entering McCloskey was so helpful because it gave me mandatory benchmarks I had to meet in order to progress in the competition,” said Karcher. “It helped me stay motivated and on top of what had to get done.” 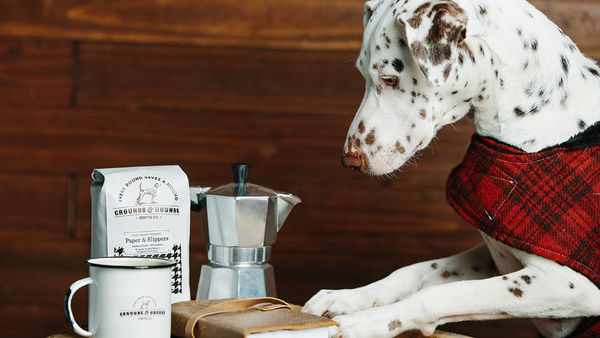 Karcher entered McCloskey during his first year as an MBA student, and noted how unique his experience running a business was while in school. “I was applying everything I learned on a daily basis. Instead of learning how things worked hypothetically, I was learning in the real world.”

Karcher says starting the company involved a lot of guessing, checking and grinding to reach each goal. By utilizing the incredible Notre Dame network to find good coffee producers; consulting with professors such as Chris Stevens, Joe Urbani and Jeff Miller for insight and recommendations on the coffee industry and capital, how to grow a customer base, and financials; and an inner passion that all entrepreneurs have, Karcher’s dream has become a reality.

To students with a burning passion for something, Karcher recommends: “Go for it. There will never be another time in your life when you will have this kind of incubation period, when you are not pressured to be an adult. Be willing to go all in on your dream, because the resources are at your fingertips.”