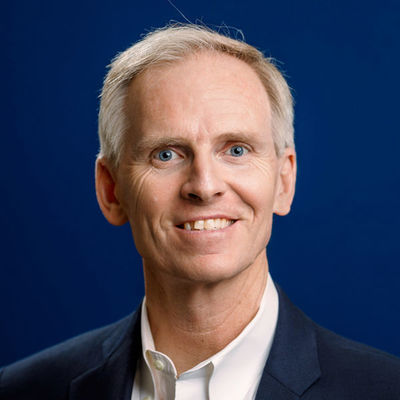 David Murphy is Assistant Provost, Office of Innovation/IDEA Center, faculty member, and Executive Director of Student Entrepreneurship and the ESTEEM Graduate Program. David helped launch and then lead Better World Books as President and CEO from inception to July 2011.

The company is "the world's leading socially conscious online bookseller." The ESTEEM Graduate Program's current Executive Director, David Murphy, helped launch and then lead BWB as President and CEO from its inception in 2003 until July of 2011.

According to the company, "On April 16, 2021, with no way of knowing that she was ordering the 100 millionth book sold by Better World Books, Hannah G. of New York purchased A Day at the Airport by Richard Scarry for her son."

To mark the milestone, Better World Books has awarded a $10,000 grant to the University of Notre Dame's Robinson Community Learning Center (RCLC). RCLC was the first physical home of BWB.

The full press release can be read here.

Originally published by Emily Tyson at esteem.nd.edu on May 14, 2021.