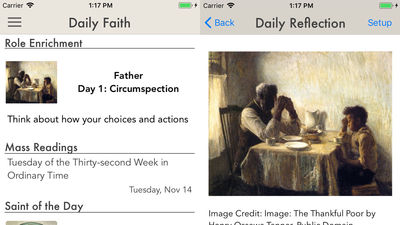 An app designed by three University of Notre Dame alumni is bringing Catholic parishes together and filling the social gaps created by a decades-long slide in church attendance.

OneParish is a for-profit social enterprise that picked up the mass communication torch for the church and is now bringing the best in communication and organization technology to Catholic parishes across the United States (and soon, founders hope, the world).

Co-founders Ryan Kraeger, Tim Connors and Shane O’Flaherty are University of Notre Dame alumni. Though they all have strong ties to their faith, they recognized a weakness in the way parishes communicate with parishioners.

“Although the Catholic church is one billion strong,” said Kreager, “no one has created a mobile technology system to effectively connect the family to the parish.”

In previous generations, the physical parish was the heart of the local community. It was the focal point where families could engage socially, promote events, gather and discuss news or join an organization. Since the 1970s, the steady drop in attendance at weekly mass has meant a decline in parish-based evangelization and the devaluing of the parish as an information hub. In search of a way to reignite parish engagement, OneParish turned to web and mobile technology. The potential was unlimited, as smartphones were quickly becoming the de facto mode of communication.

The OneParish founders viewed the communication revolution as a medium to promote community belonging and parish engagement. Since mobile devices have a universal appeal, it just made smart business sense to reach across the digital domain to connect with today’s parishioner.

Let there be an app

After a year-long journey from discovery to initial product, the OneParish app was unveiled. It includes a mobile app for parishioners and a web portal for parish administrators. 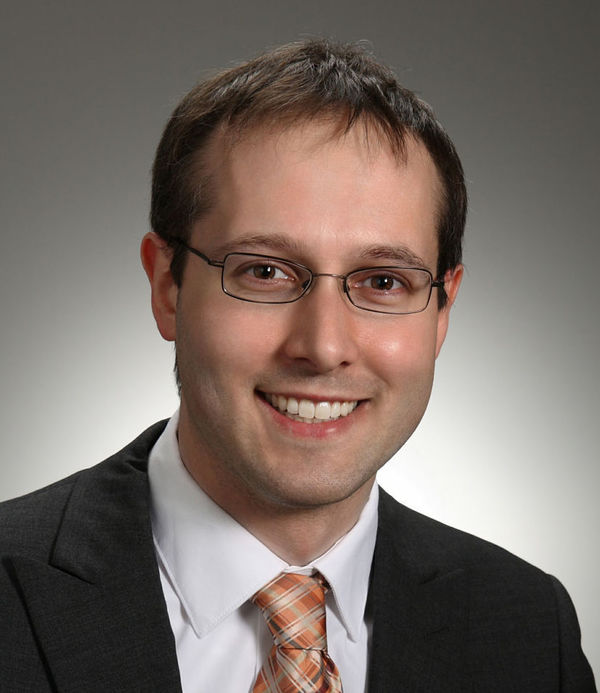 “Our goal was to do what parishes had always done – only using the best-in-class technology to do it,” Kraeger said. “St. Paul communicated via his epistles because the Roman roads and postal system were the ‘high technology’ of his day. We like to think that we are continuing this tradition.”

Two thousand years after Paul’s letters used contemporary technology to spread the church’s message, and 500 years after the first mass-produced Gutenberg Bible did the same, OneParish is now successfully transporting the Catholic church into the future, for both old and young. The things being communicated — devotions, weekly schedules, important information — didn’t change much, but the medium resonated mostly with younger Catholics by sending a clear message: We respect how you communicate and will meet you where you are.

Today, OneParish is a maturing app and web platform designed to help a parish grow its community by making church matter to the parishioners. The interactive app has features that inspire parishioners to discover ways to grow in faith and engage in parish life. Specifically, it nourishes the four keys to parish growth: prayer, involvement, service and giving. One feature is Daily Faith, in which parishioners will find encouraging, practical content to guide them on their faith journey.

One differentiator between this and other religious apps is its emphasis on role enrichment. Individuals play many roles during their lifecycle: mother, sibling, friend or co-worker. When parishioners select an area in their lives on which to focus, they will receive daily reflections and growth challenges. Additionally, a person can read the Mass readings, be inspired by the saints or find common prayers. Users can also read tweets from Pope Francis or listen to Catholic talk radio.

On the parish side, OneParish is a time-saving communication tool, allowing parishes to easily push messages to their congregations at predetermined times. Parishioners can also use the app and web portal to update their profiles, either with a new photo or address, saving the hassle of tracking down information when a family moves or has a baby.

Another feature is the payment gateway; parishioners can donate online, either to their parish directly or to a specific charity. Parishes can even use it for special collections or to receive school tuition. Kreager added, “It’s a seamless, single page. When it comes to giving to charities, people say the fewer steps involved, the better.” OneParish resources provide training for pastors, staff and leaders to help manage the culture shift that comes with new technology.

How the IDEA Center advanced the OneParish app

OneParish’s vision aligns with that of the IDEA Center; they want to become a best-in-class player in the commercialization and innovation space while making the world a better place. In 2013, OneParish set up their offices at the IDEA Center, giving them access to space, services and the expertise of faculty, staff and students. During the app’s development, OneParish recruited a core team of passionate developer interns from Notre Dame. Many of them were participants in the AT&T Hackathon held at the IDEA Center, or were recruited through the Computer Science department. In the past four years, more than 30 students have participated in the project.

“They worked with real code, and we taught them the entire developmental process,” Kreager said. “These interns were also self-replicating, often suggesting several replacements as they graduated. Initially, we were surprised at the response. Knowing what I know now about Notre Dame students, it should be no surprise that they would jump at a chance to combine smarts, virtue and grit toward an impactful project.”

The comprehensive endeavor was funded by investors, Notre Dame alumni and current employees.