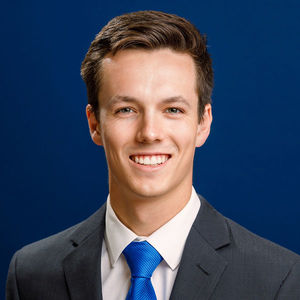 Mitchell Kokko is the Fund Manager of the Pit Road Fund, an early stage pre-seed and seed investment fund aimed at accelerating growth of high potential startups affiliated with the University of Notre Dame.  Mitchell oversees management of the investment portfolio and pipeline of deals, term sheets, quarterly and annual reporting, and external relations with investors, LPs, and companies.

Mitchell came to the IDEA Center from  Ecwid, the leading e-commerce solutions for small businesses worldwide, where he had served as a Project Lead and Business Development Manager over a two-year span with the company.  While at Ecwid, Mitchell oversaw the successful launch of Ecwid Payments in the United States and the United Kingdom, with over $5,000,000 in total merchant payments moved onto the new platform in the first eight months after launch.  Mitchell also worked on the Coca-Cola account, helped launch a new vertical Ecwid for Restaurants, redesigned the Ecwid plugins for the platforms Adobe Muse and WordPress, and guided the redesign of the Ecwid Control Panel used by over 1 million merchants.  In his roles, Mitchell reported directly to Sridhar Nagarajan, the VP and Manager of Direct Business at Ecwid and Jim O’Hara, the President of Ecwid.

While at the IDEA Center and prior to his role as the Program Manager for Market Testing and Strategy, Mitchell served as the Student Commercialization Manager under the guidance of Karen Slaggert, the Director of Student Entrepreneurship.  In this role, Mitchell created and grew the Student Commercialization Program designed to support student entrepreneurs at the University of Notre Dame, directly managing a team of 10 undergraduate and graduate student interns serving as Venture Coaches.

Critical outcomes of the program launched in September of 2017 included the creation of a $100,000 grant fund designed to provide small amounts of funding to students looking to test an idea at a very early stage, subsequent funding of 18 teams with over $24,000 given out as grants, over 100 new startup ideas submitted to be worked on at the IDEA Center, and the launch of 11 new student startups that have combined for over $800,000 in revenue and funding raised by March of 2018.

Recently, Mitchell was named the 2019 Young Entrepreneur of the Year as part of the Innovation Awards in recognition of his service of building and launching a program to develop student companies at the University of Notre Dame and the success of his personal company, Xstudia Student Storage.

Mitchell is an avid proponent for student entrepreneurship, having launched his first company when only 16 years old.  Currently Mitchell runs a startup called Xstudia which is scaling nationally having generated over $85,000 in revenue in the first three years of operations and expanding nationally.  Prior startups (both successful and failed) included Menerva International Advising, Digistorix, Budget Books, College Hive, and the Rubin Café at the Culver Academies.

Mitchell graduated with Honors in Entrepreneurship from the Culver Academies in 2015 and from the University of Notre Dame in 2019 with a Bachelors in Business Administration.