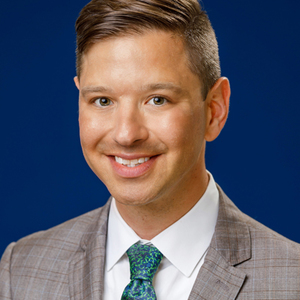 Jesse Vogel is the Events Program Manager for the IDEA Center. In this role, his primary purpose is to efficiently and professionally direct and coordinate all administrative and logistical aspects of conferences, workshops, lectures, panels, and other events organized by the IDEA Center and its programs. In addition to event management, Jesse also serves as a special assistant to  Dr. Bryan Ritchie, Vice President and Cathy & John Martin Associate Provost for Innovation. In this role, he is responsible for providing executive administrative and operational services supporting the Vice President’s Office.

Jesse’s career in hospitality began when he was 16 years old. At that time, his afterschool job was as a Front Desk Clerk at a Ramada Inn. Working there, he met his mentor, who convinced him to pursue a degree in Hospitality Management, which he did. During his career journey, Jesse has worked in management roles in operations, sales, service, and Food/Beverage in hotels and venues. Each role was teaching him something new and different. He took the new skills he would learn in one position and applied them to another to advance his career. Jesse has been a Front Office Manager, Dining Hall Manager, Restaurant Manager, Catering Sales Manager, Director of Catering & Convention Management, Director of Sales & Events, and lastly, a Director of Food & Beverage.  As Director of Food & Beverage at South Bend’s Century Center Convention Center, Jesse handled over 600 events per year, managed a staff of up to 150, and a budget of $1.4 Million.

Jesse uses his vast experience to plan events, meetings, and programs for the IDEA Center and IDEA Week.  His goal is to create a memorable experience for the attendees and those presenting/speaking.

Jesse lives in Granger with his husband Nick and their dog Betty. He enjoys spending time with family and friends, cheering on the Irish, trying new locally-owned restaurants, and living life to the fullest.